A day trip to historical Imereti begins with the capital of the Imeretian kingdom, Kutaisi, the second largest city of Georgia. One of the main attractions of Kutaisi is the Cathedral of the Assumption of the Virgin, or, as it is called here, the Bagrat Temple. The history of the cathedral is like the history of Georgia itself; This is one of the oldest temples in the country. Built in the XI century. King Bagrat III; served as the coronation site of the famous Georgian ruler David the Builder. A few years ago there were picturesque ruins included in the UNESCO World Heritage Fund. However, the local authorities succeeded in rebuilding the temple, it began to operate again in 2012.

Our journey continues to the Gelati Monastery, founded by David the Builder. The first church of the monastery was a gift to God for the victory over the Turks and the annexation of the Kakhetian kingdom. In his testament, the king commanded to bury himself and his descendants in Gelati, thereby establishing a special status behind the monastery.
A few kilometers from the Gelati Monastery there is a monastery of the holy martyrs David and Constantine (the monastery of Motsameta). The monastery arose on the site of a church destroyed by the Arabs. Locals buried their princes here, David and Constantine, who were killed by the invaders. After a couple of centuries, a new church was erected at the burial site of the holy martyrs and a monastery complex was founded.

We will also visit the famous Prometheus Cave in the vicinity of the town of Tskhaltubo, 15 km from Kutaisi. This natural cave with an underground river, an underground lake and even an underground waterfall was discovered in 1984. In 2010, together with German scientists and builders, the natural monument was landscaped and became an interesting place to visit.

This is a massive cave with a length of 1600 km, but not dark and dark, but playing with all the colors, changing times of the year. Journey to her dungeons is accompanied by quiet music and the play of light. The huge halls of stalactites and stalagmites of the most bizarre shapes and colors — white, sparkling, ocher, brown, black — seem even more graceful against the backdrop of classical music and special lighting. Unique cave lighting makes fancy stone images even more realistic. 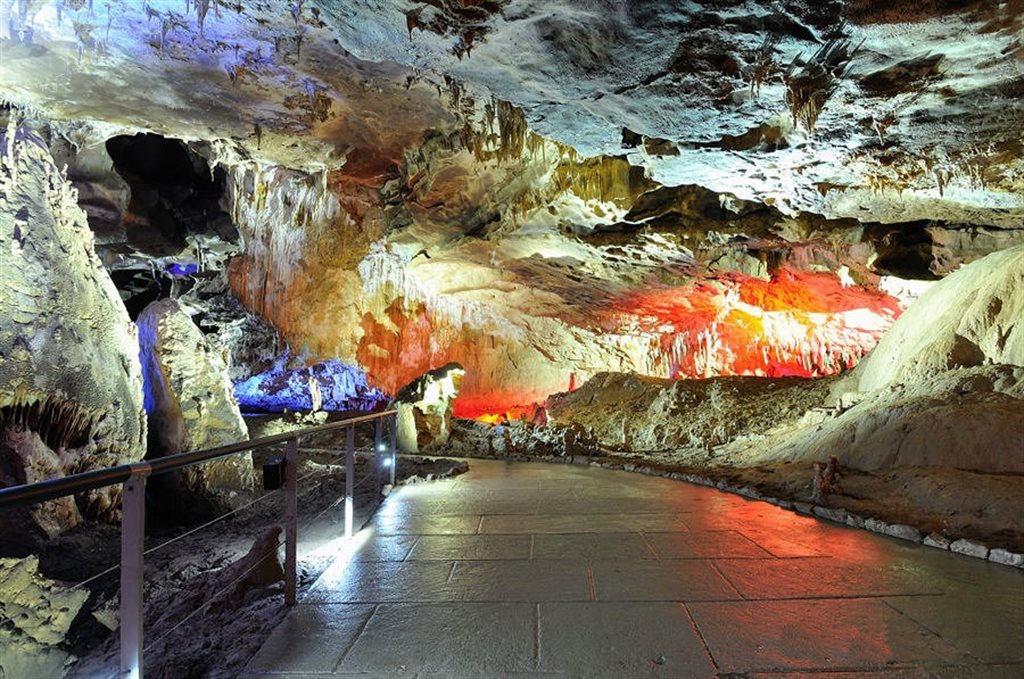 Excursion Regions
© 2020. Mouzenidis Travel
General Terms Technologies for partners ON-LINE
Social networks
Mobile version
By continuing to use this site you consent to the use of cookies on your device as described in our cookie policy unless you have disabled them. You can change your cookie settings at any time but parts of our site will not function correctly without them. Our web site uses a cookies